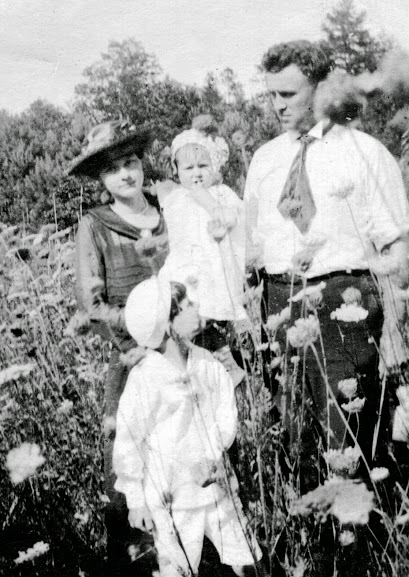 Let's begin with what I know about my mother's family, and the things she told me that may or may not add to the factual narrative of her people.

She was born in 1917, the second and last child of Benjamin McClellan Snell and Inez Victoria Chesson Snell.  Ben was 13 years older than Inez.  Their first child was a son, Alger Ben.  In those days, having only two children would have been viewed, clinically, as a fertility issue.  Both Inez and Ben had come from large local farm families, so large that two of Inez's sisters, Eva and Cora Chesson, had married two of Ben Snell's brothers.

Ben and Inez and their children lived on a farm near Roper, North Carolina, and although the Great Depression hit them hard and shaped the way my mother would forever view money and security, they had the sustainability advantages that a farm afforded.

Inez was the grandparent with initiative.  When times were tough, she did whatever it took to generate revenue.  She made things to sell at the local farmer's market, including birdhouses and sausages.  She doted on and spoiled her only daughter, picking tobacco for hire to buy my mother a class ring, sewing evening gowns for her so she could enjoy the illusion of being a young Southern belle.

Ben was less responsible.  A drinker, who never wanted to be a farmer. According to my mother, before marriage Ben had joined the merchant marine, following a young man's wanderlust that he relinquished to settle down.  But he remained unsettled and unmotivated, and spent much of the Depression sitting on the porch telling stories to children and drinking while his wife worked hard to hold things together.  He was a reluctant farmer, who made moonshine "somewhere back in the Swamp."

I never knew them.  Inez died of stomach cancer before I was born, shortly after she turned 50. Ben died when I was five, and the only memories I have of him were from that last year of his life, when we brought him north to live with us, a brief fiasco that left my mother thwarted and bitter.  From the day he arrived until Alger Ben came to get him, my fragile, Parkinsonian grandfather repeated the refrain, "Where's my boy?  I want my boy!"

His boy came for him and that was the last time I saw Ben Snell.


Posted by Deborah Fries at 1:13 PM No comments:

"Down Home," the poem

I hope that this poem, which is included in The Bright Field of Everything (Kore Press 2014), might resonate with those of you who ever had a parent who felt displaced.

He brought her 400 miles north, left her
in a little white house with a bay window
that stared blankly over a golf course.  Left
Monday, stayed away all week making sales.
Uprooted from women who knew what
she meant when she said I swan or pass me
a tea towel.  Exchanged for coffee shop friends,
rapid talkers she’d correct through her baby –
“say ah-gayne, like we say down home, honey,
not ah-ginnn,”  And I’d say ah-gayne and search
her face to understand how it was brighter,
better, righter in that rhapsodic somewhere else.

Oh how sweet evenings fell through the sour
smell of the pulp mill, how recklessly they ate
the melons’ hearts and threw the rest to hogs,
how deep the smoldering peat, woody earth
burning back in the Dismal Swamp, Lake Phelps
steaming at sunrise.  The most gorgeous mornings,
sharpest rooster, gentlest mule.  And they’d had
the best pecans, sweetest spoon bread, saltiest
Smithfield ham.  How perfect the corn pudding,
bubbling in a glass casserole, how crisp
and translucent the watermelon rind pickles.
Nothing better than a breakfast of ham biscuits
and streaked gravy, her mother’s quince jelly,
warm bag of boiled peanuts in your pocket.

Down home, where they’d had fireworks and shot
guns into the sky at Christmas, piled magnolia leaves
on the mantle, made fruit cake and floating island
custard and sand tarts.  She’d been content there,
sleek bird dogs sleeping in the sand under the porch,
crop dusters droning in the distance, her mother
singing I come to the garden alone, making mayonnaise
cake, sweet tea and deviled eggs for company.  No
money, evening gowns sewn without a pattern, food
coloring dropped in a vase to tint Queen Anne’s Lace,
tough muscadineg grapes pressed into summer wine.

Lord, how I wish I could be down home, she’d say,
the two of us alone in the little house, looking out over
the golf course through a curtain of snow, cold in pastel
winter robes, our damp hair in pin curls, dark skies filled
with deepening winter, the frame farmhouse in her mind
receding another hundred miles, and another, the rutted


Mill Pond road freezing over in memory, slippery.
Posted by Deborah Fries at 12:47 PM No comments:

Email ThisBlogThis!Share to TwitterShare to FacebookShare to Pinterest
Labels: Dismal Swamp, Kore Press, Lake Phelps, The Bright Field of Everything

There's home, and then there's Down Home

For the 57 years that she lived in the North, my mother spoke longingly of a place in eastern North Carolina that she called Down Home.  Down Home was alternately the farm where she'd once lived on Mill Pond Road in Lee's Mills Township, Washington County, or the larger stomping grounds of her youth that included parts of Tyrrell, Chowan, Edgecomb and Dare counties.


Not only geographical,  Down Home was cultural.  It was how they did things, what they believed, who they loved, who and what gave comfort and was embraced, who and what was rejected and devalued.

It was the overlay of my mother's sensibility, and like other children whose parents longed for a lost place -- its rooms and weather, foods and smells -- I adopted a thinner version of the mythical place that was so compelling, so wonderful.  The place that I once believed kept her from being present for me, that she missed on Sunday mornings and holidays or when she was making spoon bread or a white peach pie, was a place I visited annually with my family for 18 years, and then rejected.


For reasons subtle and traumatic, personal and political, I could no longer connect with the people or places that she loved and called home for her 86 years, long after her mother, father, brother and childhood home were gone, all evidence of the life she once lived leveled, as if by a hurricane. All that was left were sepia and black and white photos.


This summer I'm going back to the place that used to be, and although I want to experience what it has become, my purpose will be to hunt and fish through records, finish building my family tree, excavate the deep past.  Figure out who we were, what we did and didn't do.  Who we loved, and who we hurt.


You are invited to join me in going Down Home.
Posted by Deborah Fries at 2:58 PM No comments: 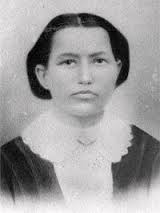